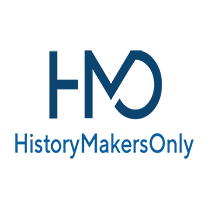 FORMER Chelsea and West Ham manager Avram Grant was spoken of the moment he fled from an inferno which broke out at a block of flats in London today.
The 63-year-old was in his seventh-floor apartment on Heritage Lane, West Hampstead, when the fire broke out at around 11.25am.
The blaze spread up four stories of the apartment block this morning

Football manager Avram Grant was among those who fled the scene

The balcony fire quickly spread up the building as the three balconies above also ignited.
Grant told TalkSport: “I was speaking with my son and I saw a lot of smoke from the balcony. There was a lot of smoke, so I ran away.

“I felt the heat and saw the smoke. It was a lot of water and a little bit of flames.
“I knocked on a few of the doors to tell people but nobody answered. Now I see my neighbour here and I think everything is OK – for the people, not for the building.”

Avram Grant managed West Ham and Chelsea
Eight engines and more than 50 firefighters rushed to tackle the blaze at a new-build development.
No casualties have been reported and the fire was brought under control after around an hour.

Residents described seeing flames race up the side of the building and thick smoke pouring into the skies above.
Crews remain at the scene dampening down the burnt out balconies and the damaged interiors of some flats.

Burnt out balconies could be seen after the flames were extinguished
He told TalkSport: “I saw a lot of smoke from the balcony, so I ran.
London Fire Brigade received more than 40 calls from concerned residents after the blaze broke out at around 11.25am.
The cause of the fire is not known at this stage.
A London Fire Brigade spokeswoman said: “Eight fire engines and 58 firefighters and officers have been called to a fire at a block of flats in Heritage Lane, West Hampstead.